Experience the different and unique culture of the people of Ghana through the CIE Summer Programme at the University of Cape Coast. As part of the programme, you will gain a broad appreciation of the traditions, values, and the deep-seated culture of the people of Ghana through course work, field trips and other extra-curricular activities. Explore the various Ghanaian traditional art forms, culture and other intriguing issues facing Ghana and Africa on the whole.

The programme will run for six (6) weeks throughout the summer. Courses are taught by well-qualified Ghanaian faculty from the University of Cape Coast, most of whom have international experience. Students will earn 4 credits per course (subject to final approval from the home institution). The contact hours for each course are 16 hours for the 6-week programme. Students will receive certificates at the end of the programme. 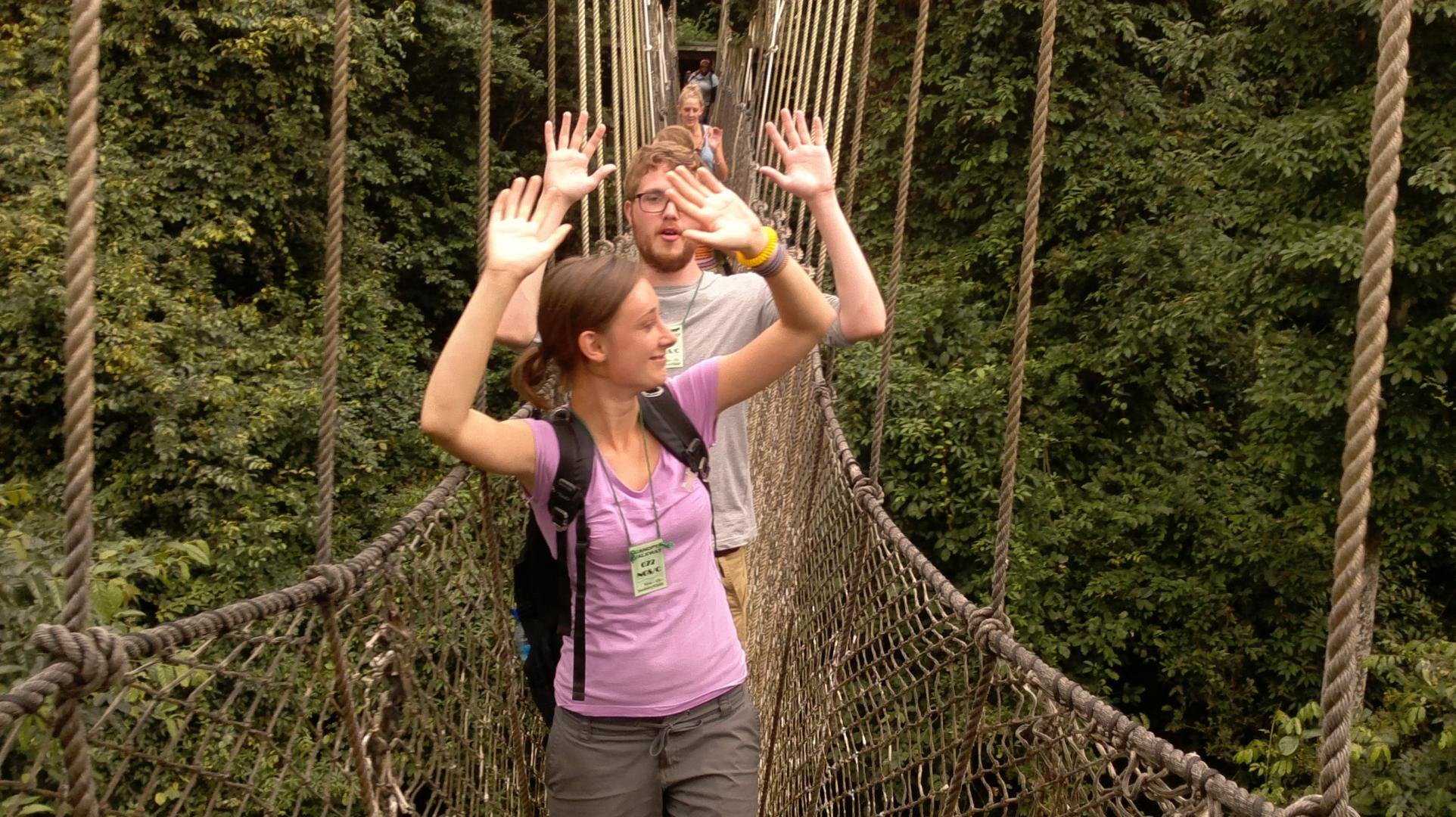 Tour of the Castle 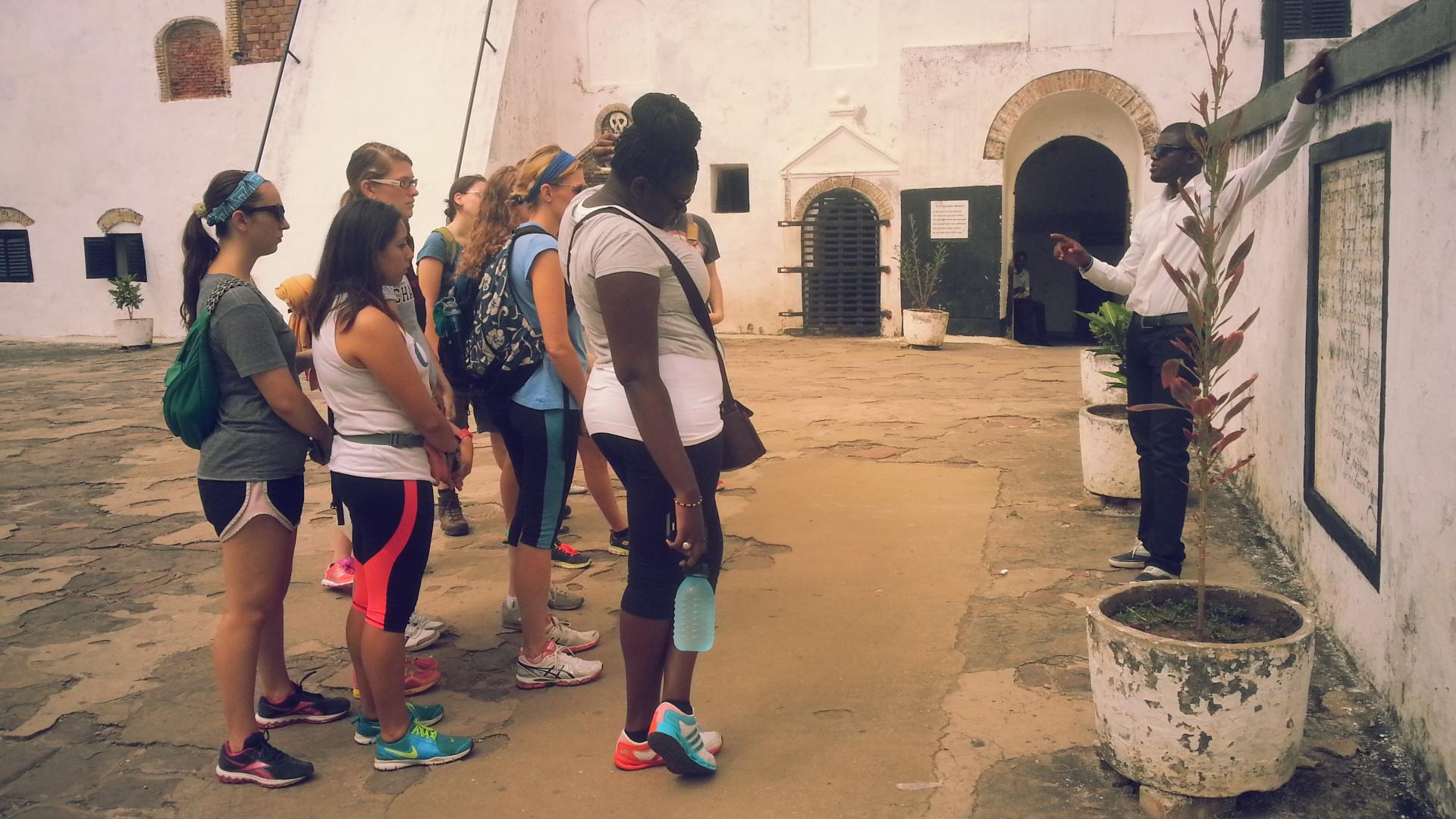 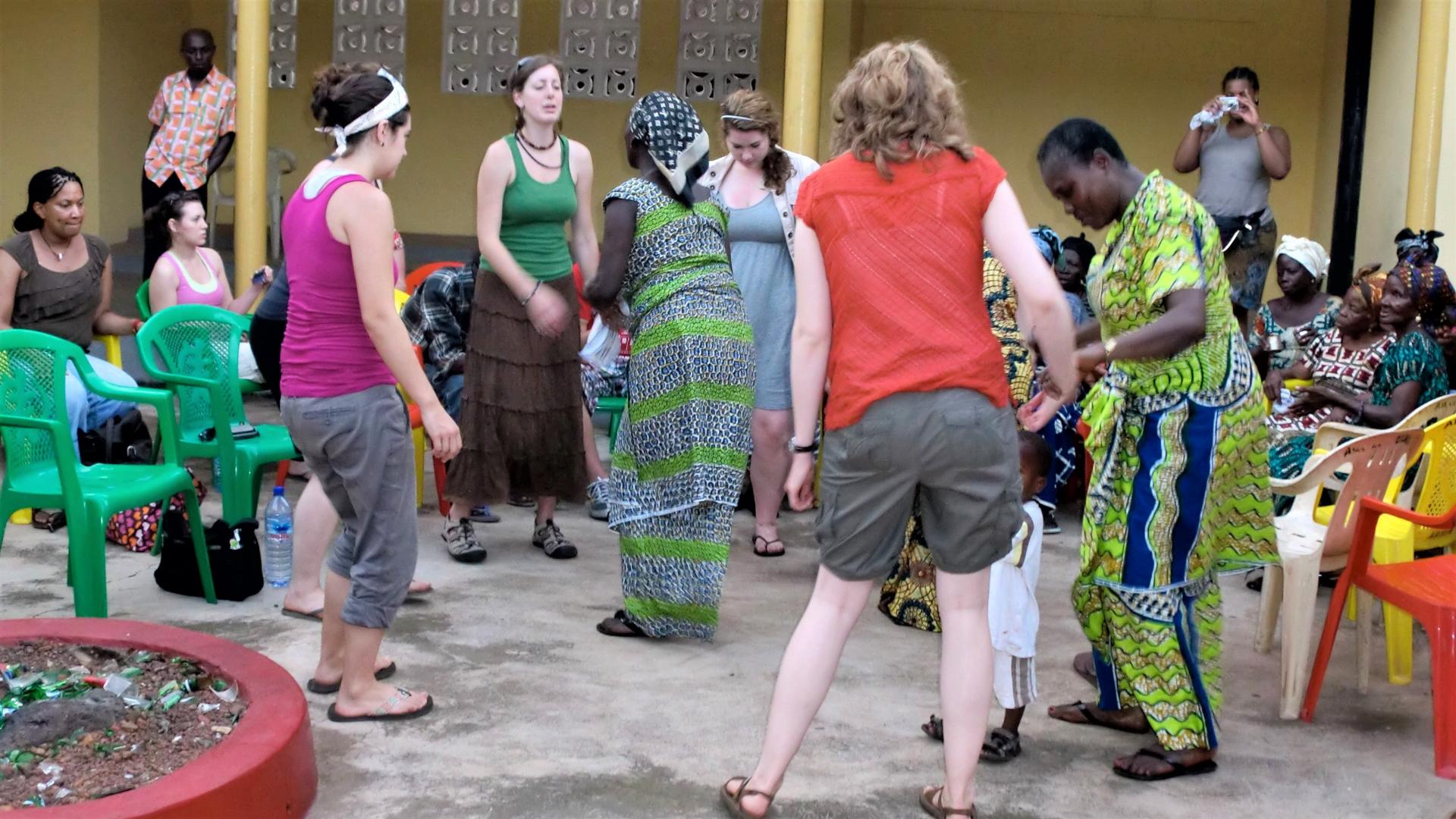 Rowing the Canoe to Nzulezu (village on stilts) 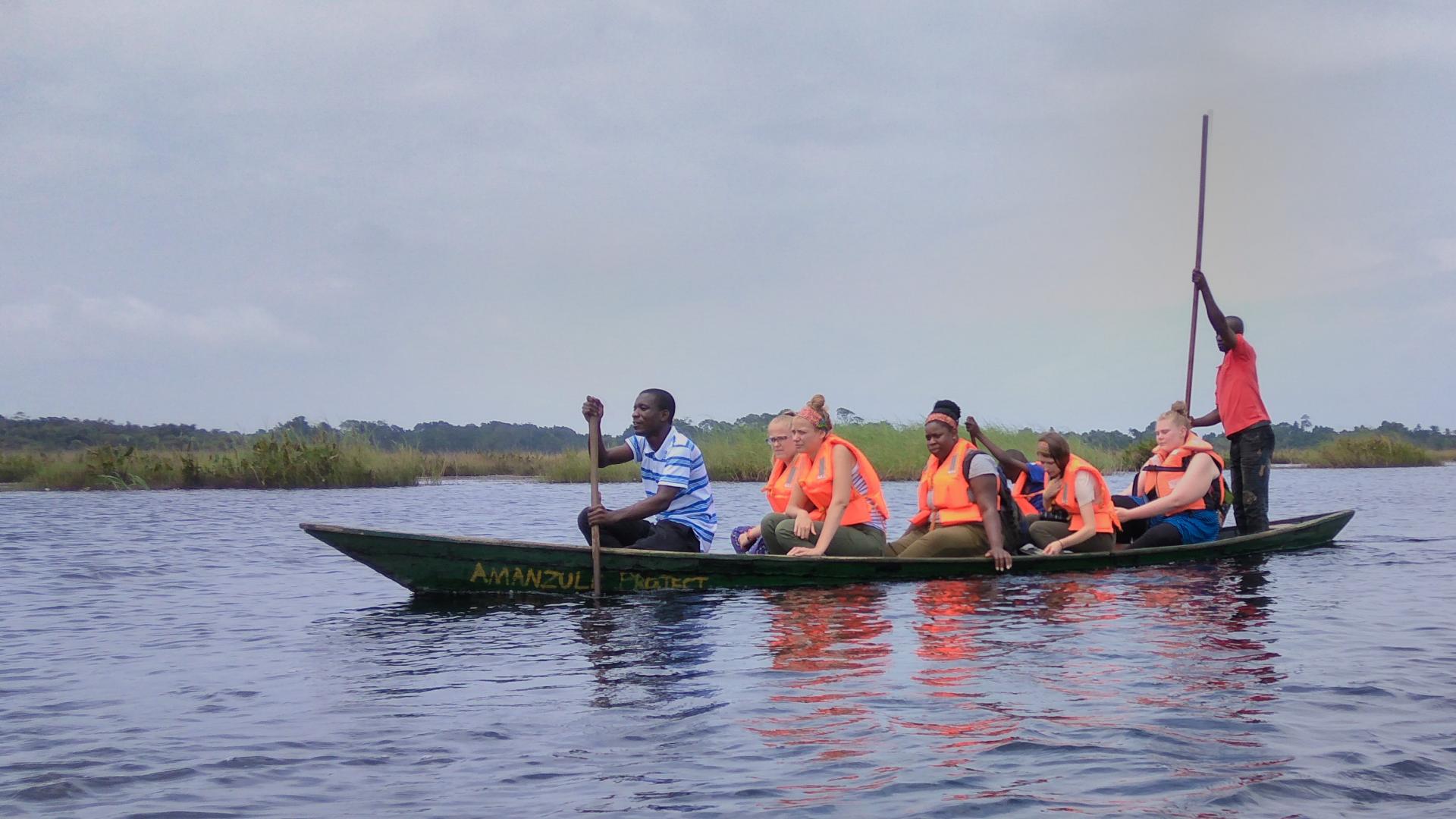 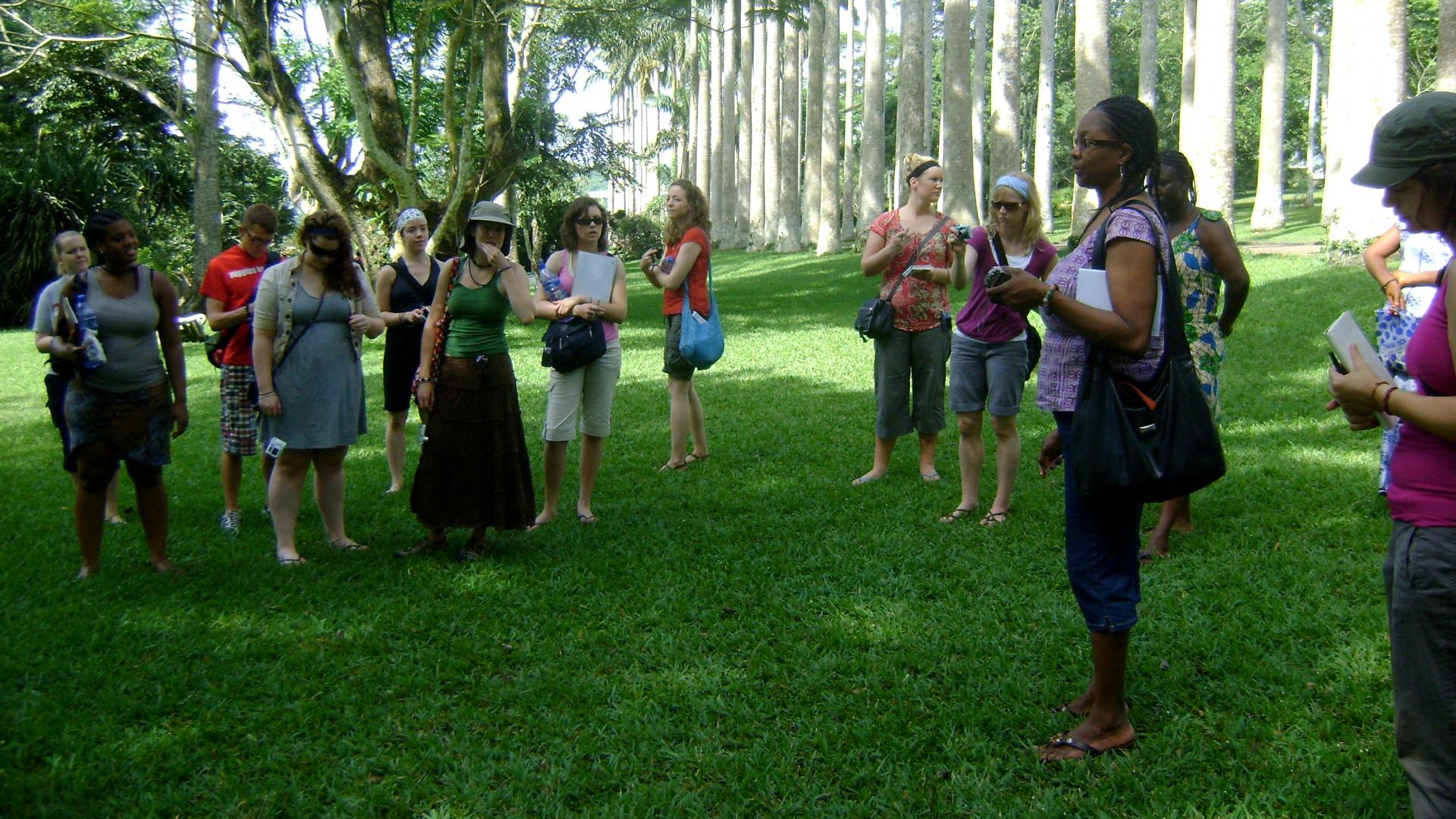 This programme is open to any interested individual who would want to gain an understanding of the Ghanaian culture. Download the application form, complete and submit a copy of it, along with all other required documents stated on the form, to international@ucc.edu.gh

To be decided soon

To be decided soon

Programme Fee: $4000 (USD). Applicants will be required to pay the application fee of $100 and a deposit of $1000 within 2 weeks of confirming acceptance. The remaining programme fee of $2900 should be paid before the start of the programme. Programme costs include:

Each student will be asked to select three (3) of the courses available in this programme. Students must indicate their choice on their study abroad application form. All courses are taught in English.

This course addresses the multiple ways in which music and dance are integrated into social events organized by African communities. It introduces students to a variety of perspectives in the study of music and dance as social phenomenon, drawing on case studies from selected Africa societies. The functions and meanings of music and dance in everyday life and in the formation of social identities will be explored. Students will have the opportunity to visit selected communities in Ghana to participate and study music and dance performances as they feature in social contexts.

This course is an empirical investigation into how in African indigenous life and thought, religion and medicine function in human societies, so as to rid life of its meaninglessness visible in life-negating experiences and ensures the meaningful life of total well-being visible in life-affirming experiences.

3. PAN-AFRICANISM AND NATIONALIST MOVEMENTS IN AFRICA

Pan-Africanism is a cultural and ideological movement that emerged in the late nineteenth century in response to European colonization and exploitation of the Africa continent. The movement was based on philosophy that African people, both on the continent and in the Diaspora, share not merely a common history, but also a common destiny and need for collective action to promote their common wellbeing.

This belief gave rise to intensified forms of nationalism and agitation for African emancipation in the twentieth century. This course deals with origins, philosophies, strategies, and the socio-political context within which Pan-Africanism emerged. The contribution of the Pan Africanist leaders such as W. E. B. Du Bois, Malcolm X, Marcus Garvey, and Nkrumah to African emancipation is analysed. A great part of the course is also devoted to the relationship between Pan-Africanism and nationalist movements and other ideological movements such as Marxism and Afrocentrism.

This course is important for understanding the link between African Americans and their ancestral home and how they have shaped and continue to shape the cultural heritage of Africa. It will also help students to appreciate the role of African Diaspora in emergence of nationalist consciousness in Africa.

The University of Cape Coast (UCC) is one of the rare seafront universities in the world; It is situated precisely between two of the most historically significant towns in Africa (Cape Coast and Elmina). With its rich history and monuments, Cape Coast is a tourist destination with numerous beach resorts, eateries, and entertainment hubs. It is an amazing experience to visit the Kakum National Rain Forest with its famous Canopy Walkway and World Heritage sites such as the Cape Coast and the Elmina Slave Castles.

The Chiefs and people of Cape Coast celebrate Fetu Afahye, an annual festival, every first week of September, and it is one of the popular tourist attractions in the country too. 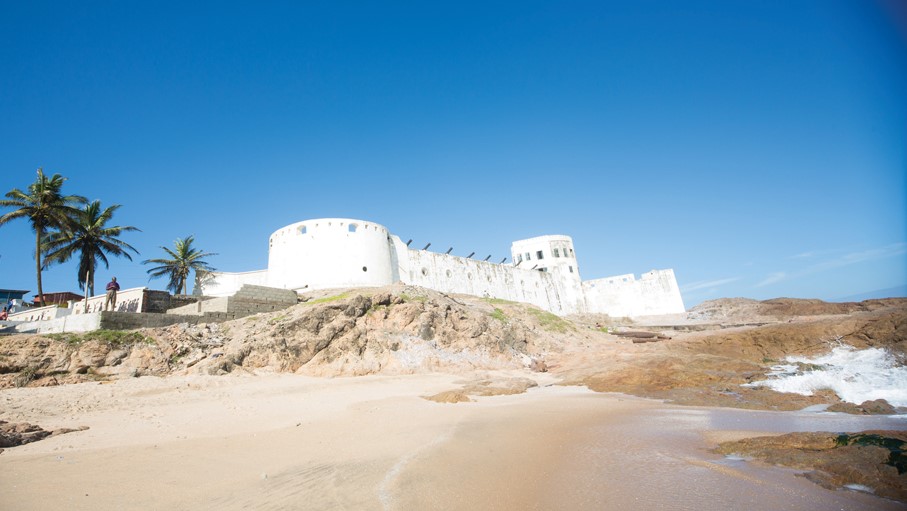 Students would be accommodated in on-campus homestay housing. This is particularly recommended because students will be in touch with a traditional Ghanaian home and have an even more practical experience of the culture. The host family, who are members of the University community, would also provide breakfast and dinner as part of the package.

There are a number of restaurants on campus and outside campus that students can patronize. There is no canteen on campus.

All students must apply for a visa for entry into Ghana. In order to apply for your visa, visit the Ghanaian Embassy website for specific details on how to apply. You will be asked to supply a letter of invitation. This letter of invitation will be mailed to you once you have been accepted into the programme.

Students will be greeted at the Kotoka International Airport in Accra on (Date yet to be decided). Students that choose to arrive early are responsible for making their own arrangements until the official programme start date. Arrangements should be made in advance to meet up with the group in Cape Coast for the start of the orientation programme in such a scenario. 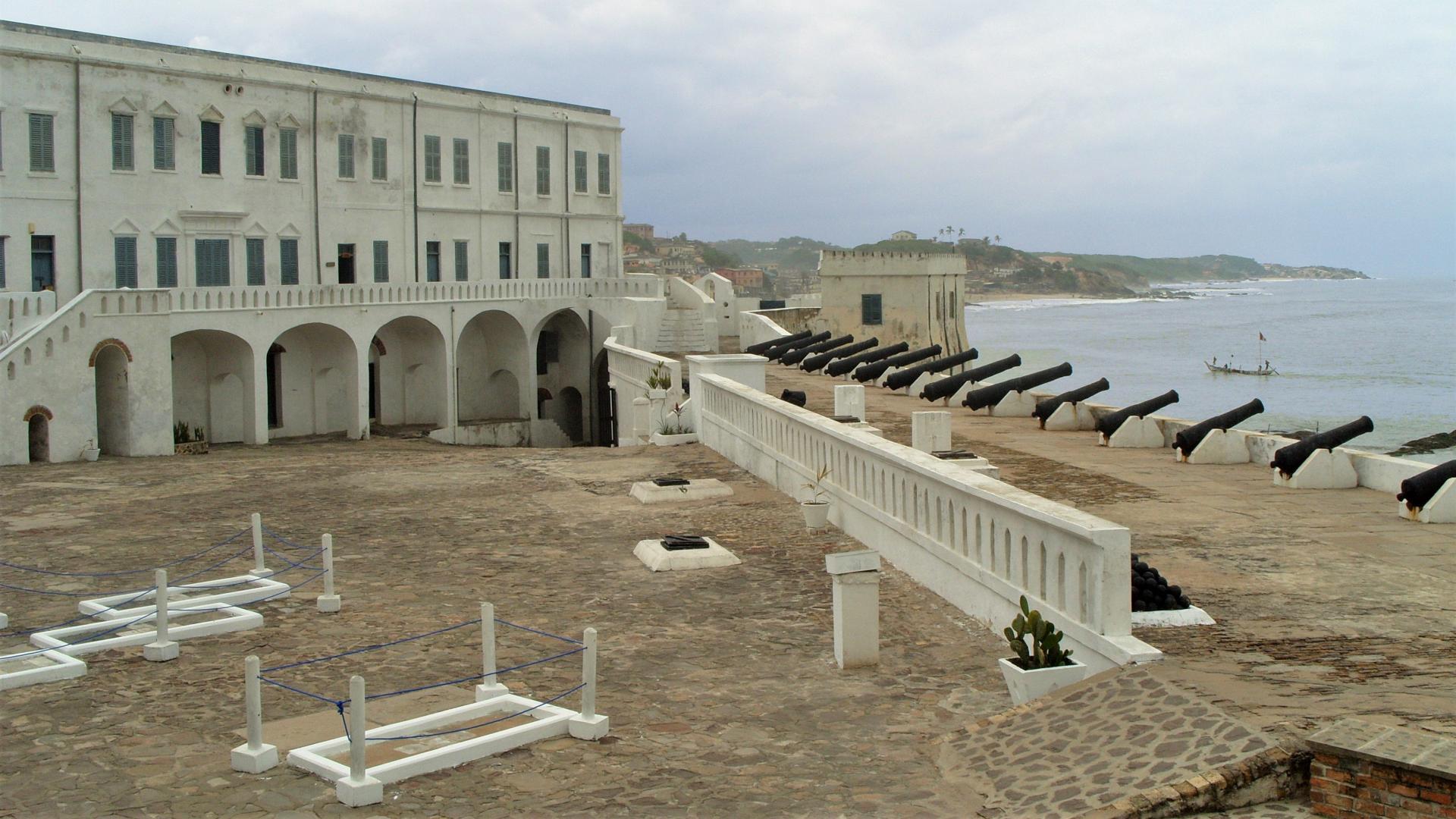 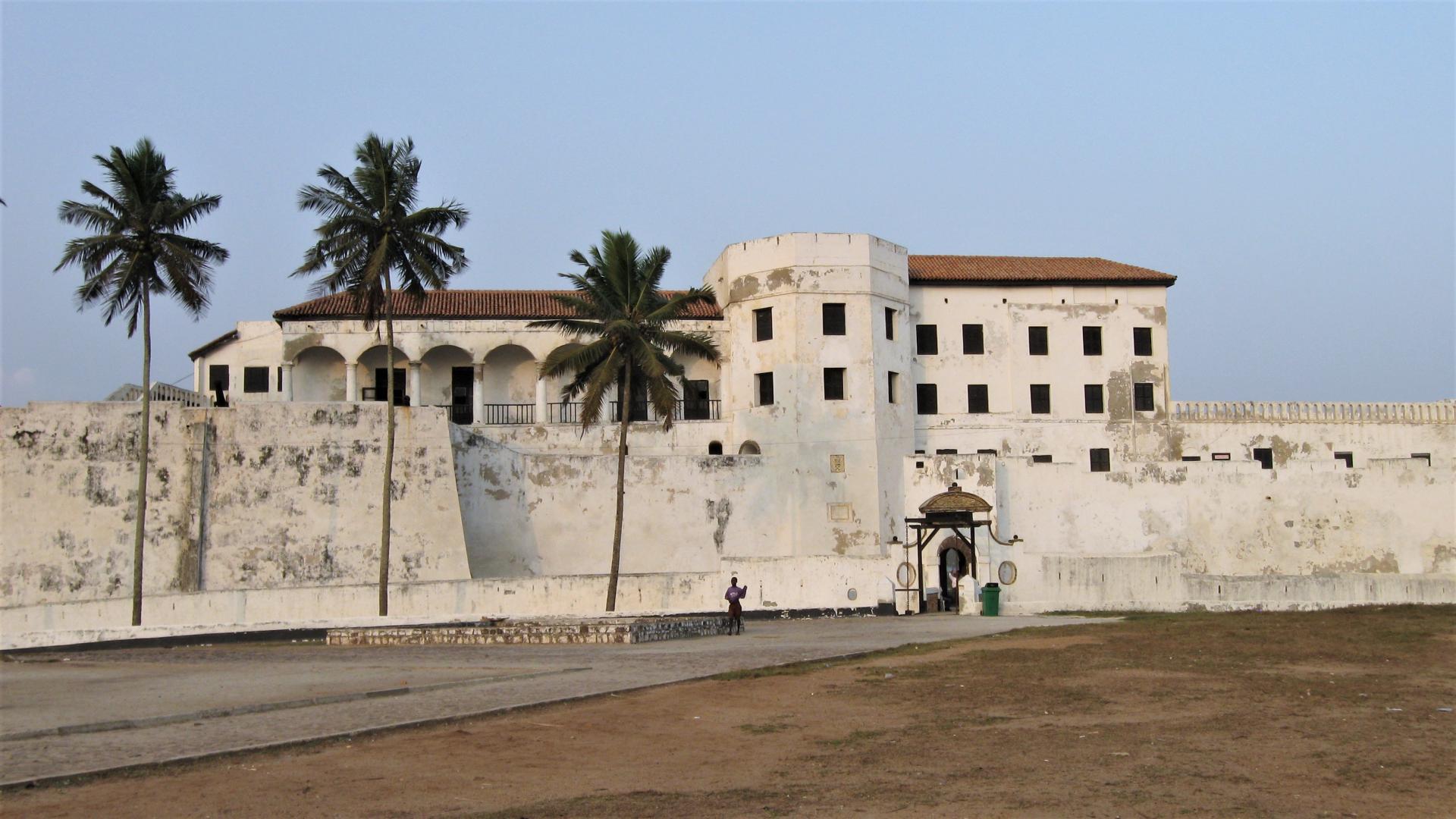 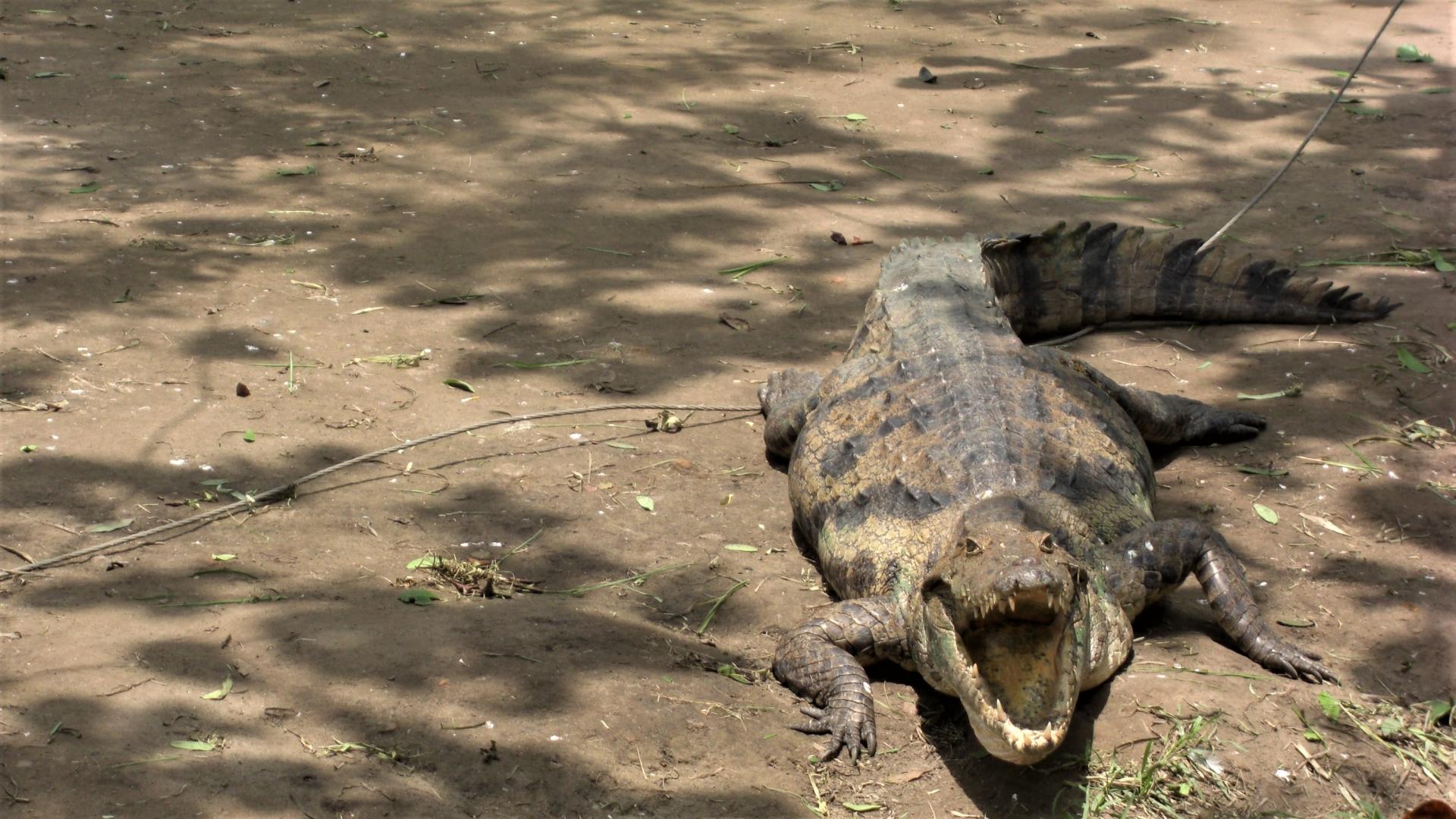 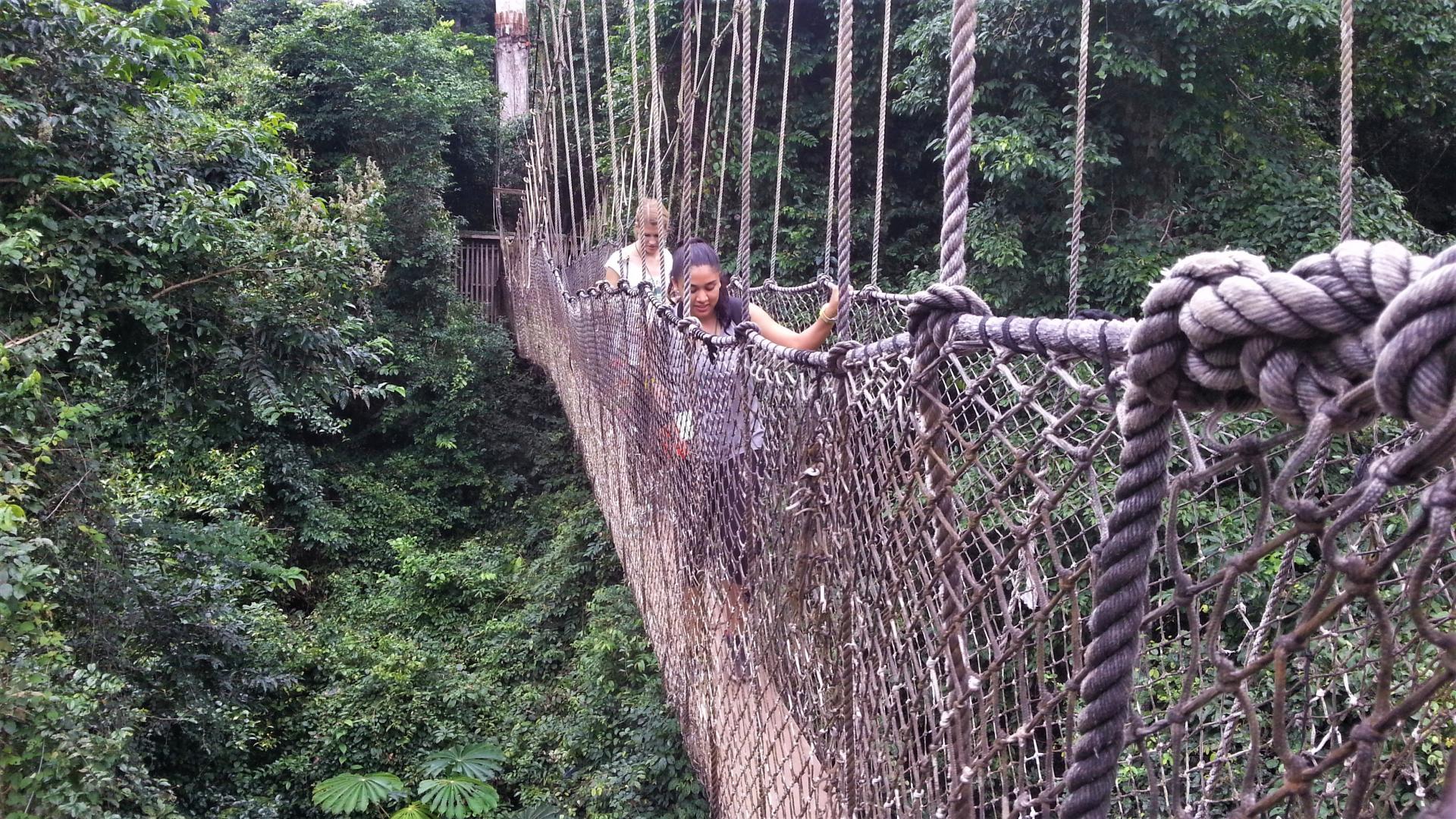 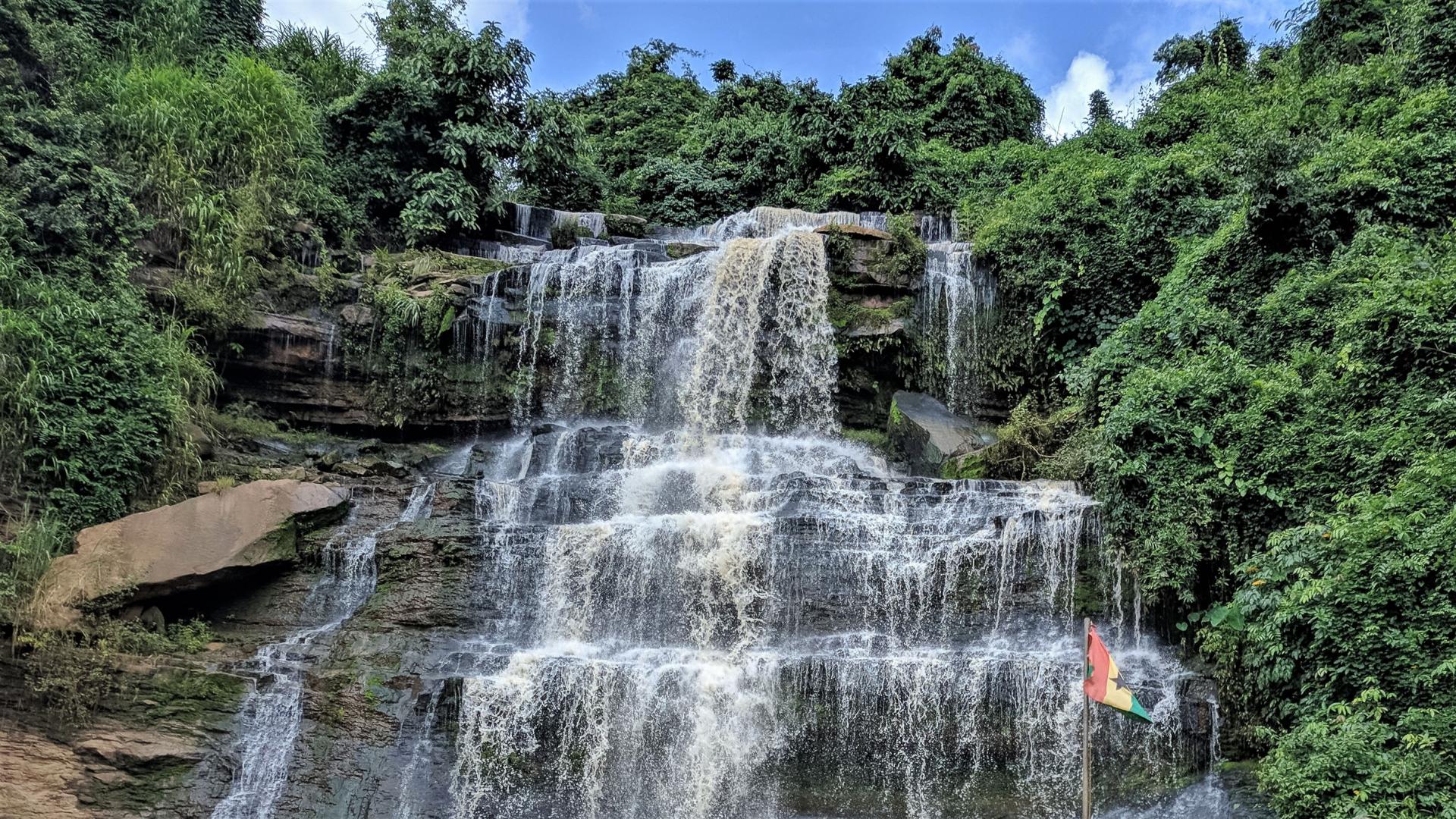 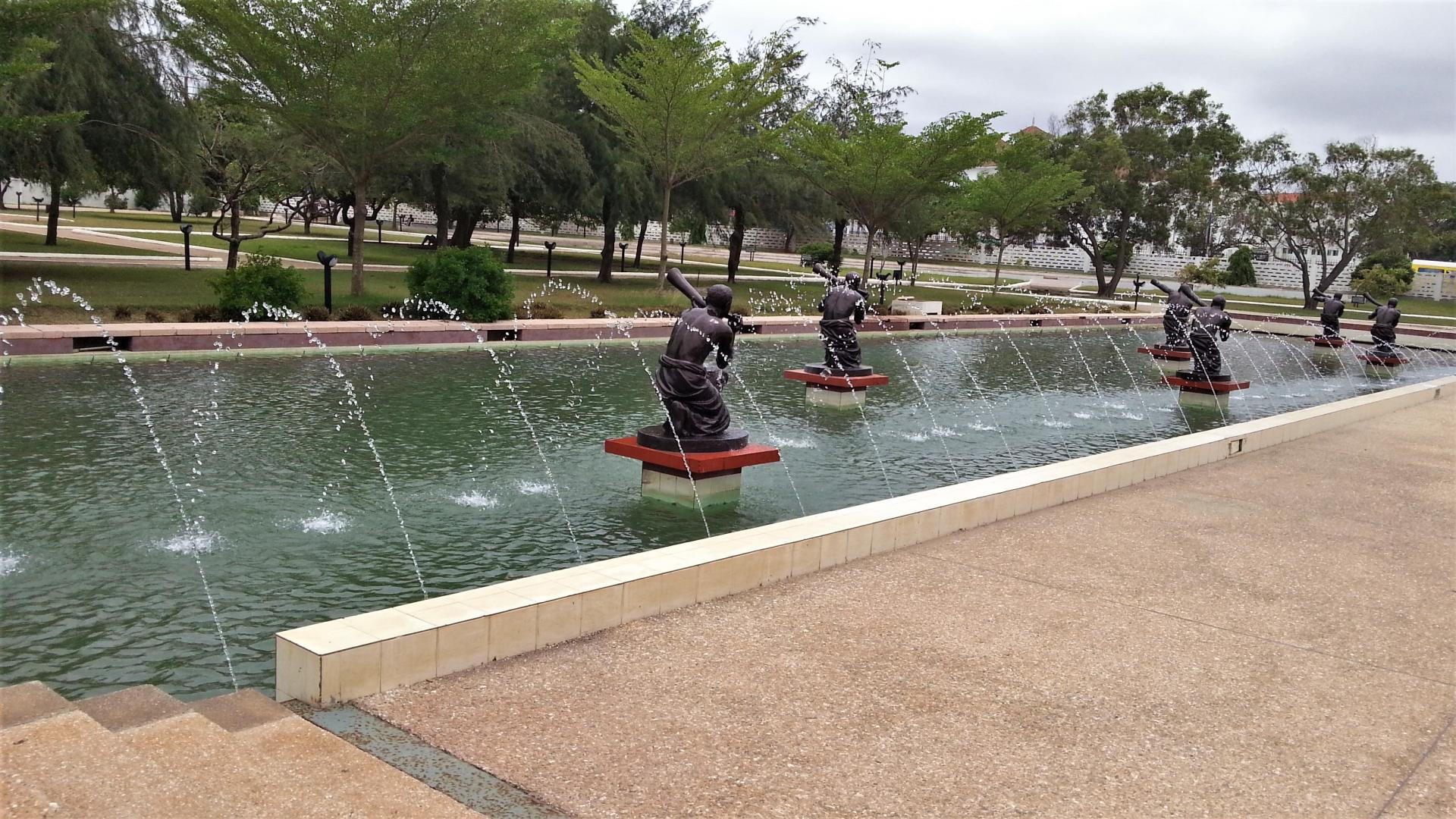 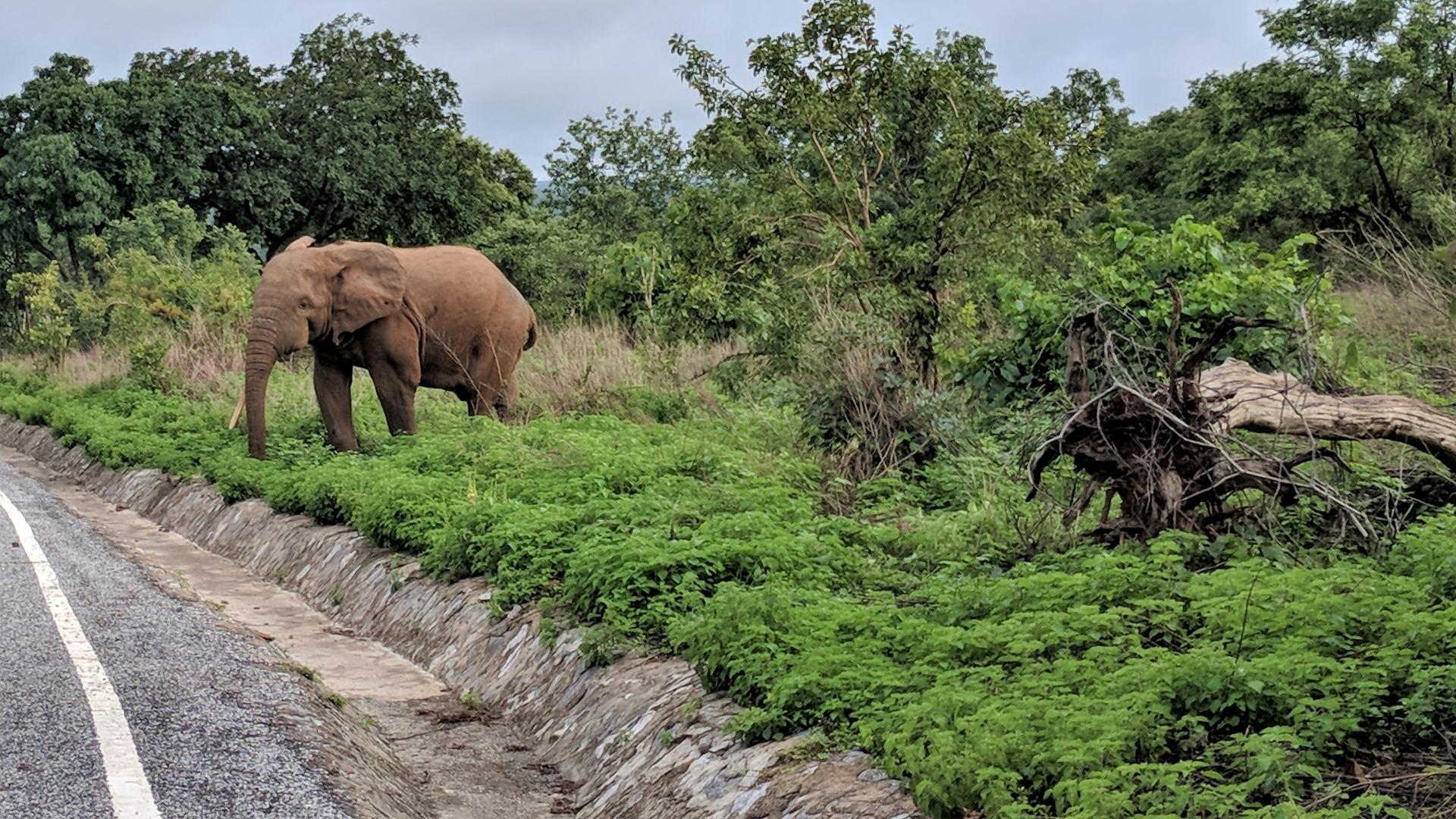 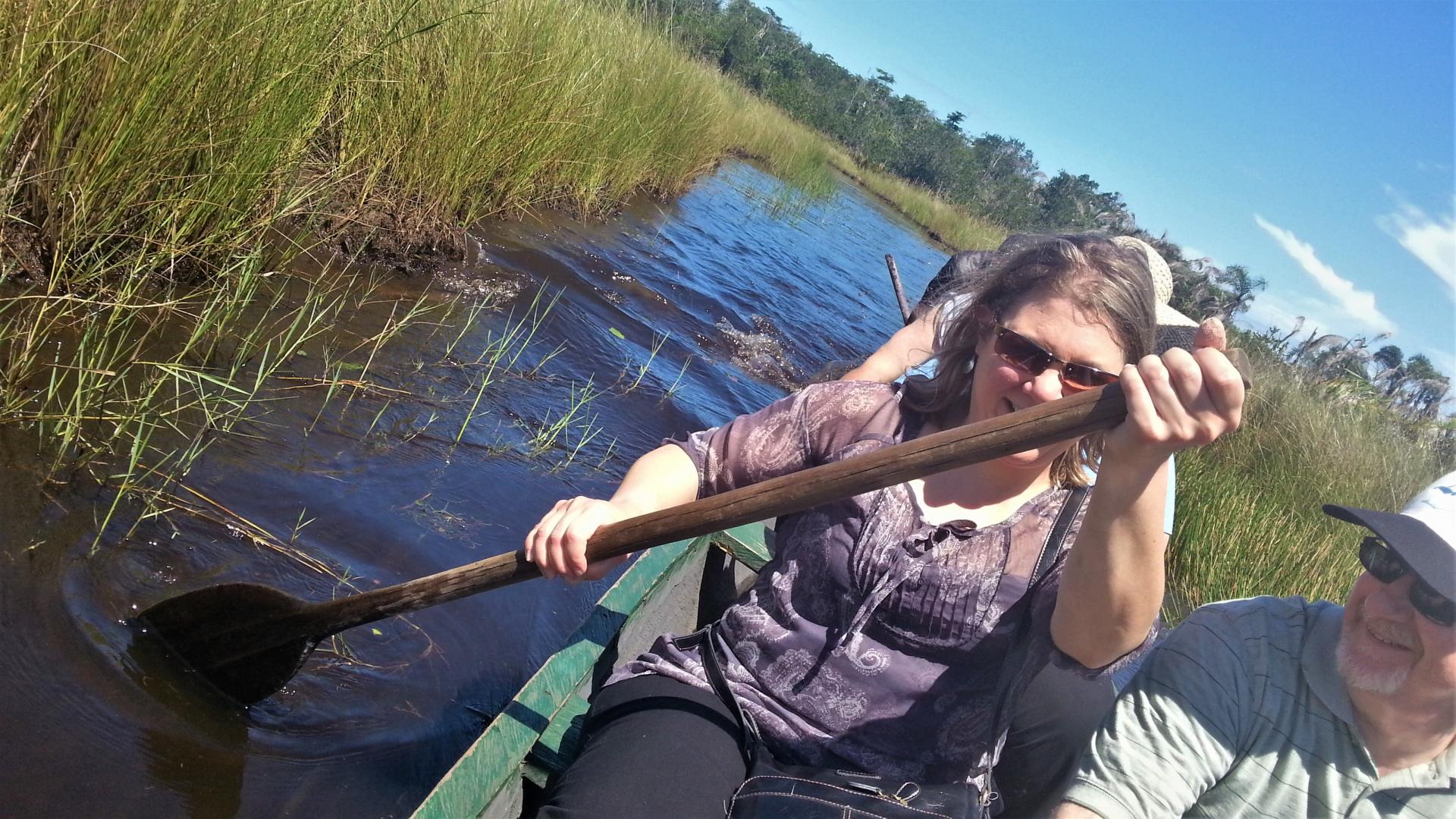 The Centre for International Education will conduct a 3-day mandatory orientation. The orientation will include a tour of the University of Cape Coast campus, the Cape Coast township, and one of UNESCO World Heritage Sites (Slave Castles). It would also provide information on how to stay healthy, safety tips, and an introduction to Twi language.

Excursions and field trips will be organized to a number of tourist attractions in the country including the Kwame Nkrumah Mausoleum, Kakum National Rainforest Canopy Walkway and the Manhyia Palace, where the Ashanti King resides.

All students are required to obtain the yellow fever vaccination for entry into Ghana. Students are strongly advised to read the Center for Disease Control Report for Ghana and talk with a primary care physician about other immunizations and precautionary measures before coming. Be advised, that some vaccinations and health precautions may need to be started a couple of months before travel, so plan accordingly.